Timo Thonhauser, PhD, is a theoretical materials physicist. His research currently focuses on developing novel materials for hydrogen storage and computational modeling of metal organic frameworks, which are synthesized materials constructed for a variety of applications. He is concentrating on designing metal organic frameworks intended to act as highly specific and sensitive sensors. With approximately 70,000 metal organic frameworks presently in existence, Thonhauser believes that they will be seen in consumer products within the next decade. He envisions a number of ways he could potentially collaborate with industry partners to analyze the properties of new materials or to computationally model and screen novel materials, accelerating the process of materials development. 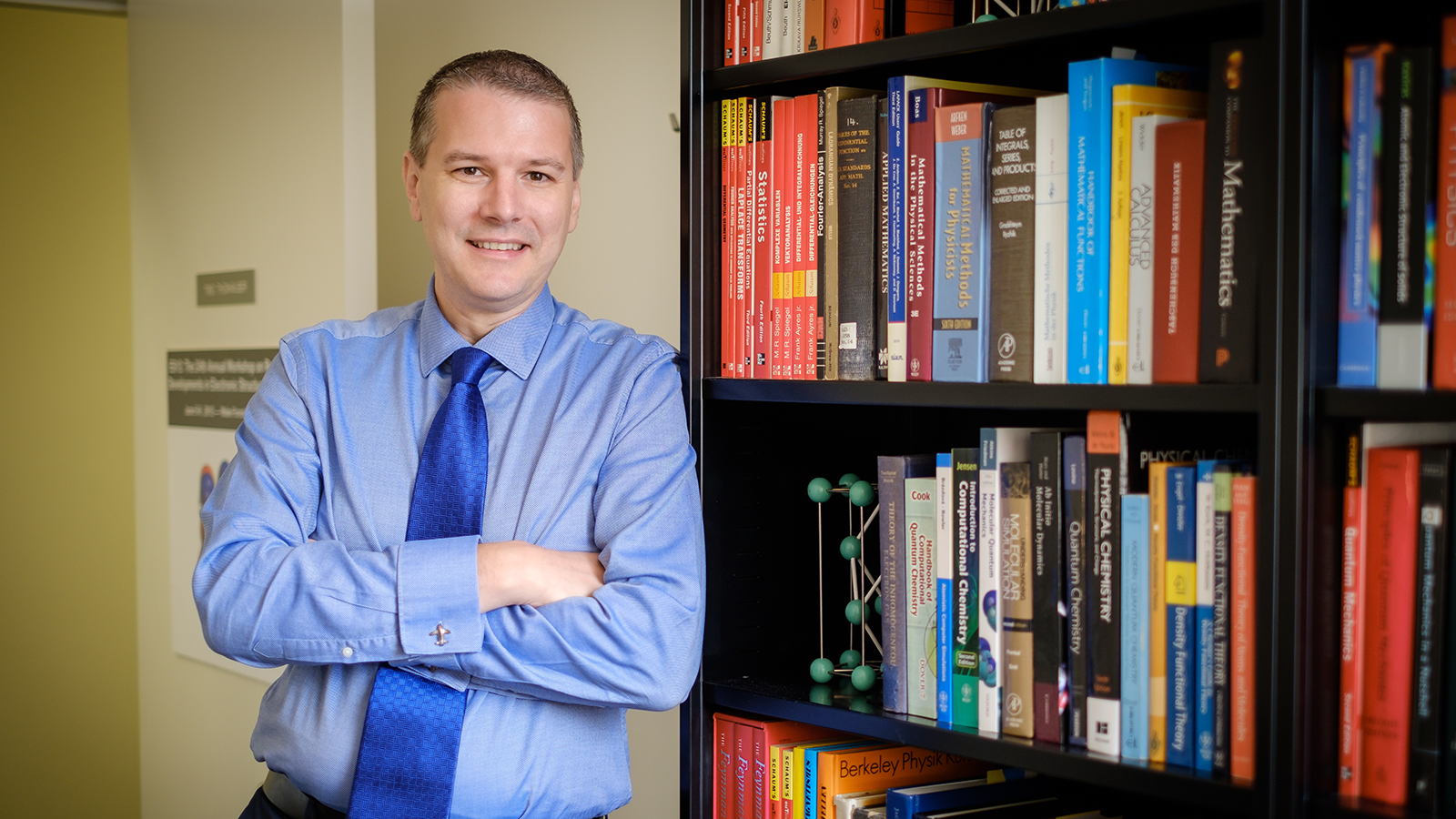 Thonhauser received his PhD in solid state physics in 2001 from the Institute for Theoretical Physics at Karl-Franzens-Universität in Graz, Austria. He conducted postdoctoral research at Penn State University from 2002 to 2004 and at Rutgers University from 2004 to 2007. From 2006 to 2008, he was a visiting scientist in the department of materials science and engineering at MIT. In 2008, he joined the materials simulation group in the department of physics at Wake Forest University as an assistant professor, a post he held until 2014, when he was promoted to associate professor. In 2018, he was named director of the Center for Functional Materials, which aims to bring together faculty from physics, chemistry, engineering and medicine to explore organic electronics, metal organic framework materials and other next-generation materials.

Over the course of his career, Thonhauser has worked on many different aspects of theoretical condensed matter physics, including superconductive materials and hydrogen storage materials, which will be crucial to ushering in a hydrogen-based economy. Today, he spends much of his time on computational design of unique metal organic frameworks. He believes this work will contribute significantly in the future to energy efficiency by improving gas storage, separation and sequestration, which currently account for up to 15 percent of U.S. energy consumption. Other benefits that will emerge from metal organic framework development will include better batteries, enhanced drug delivery and highly specific sensors, which are currently his area of concentration.

Thonhauser sees a rich future for metal organic frameworks as they enter the consumer marketplace and many more are developed. They are extremely tailorable materials, with an almost limitless number of conceivable designs. Thus, Thonhauser sees his ability to screen and refine them computationally as a critical element in accelerating materials development, by theoretically screening compounds and reducing the number that need to be synthesized.

That will be a key element in the mission of the Wake Forest Center for Functional Materials, which Thonhauser directs, and a prime opportunity to interface with industry partners. Materials can be modeled in the computer faster and safer than in the laboratory, yielding accurate predictions about the properties of proposed materials. Computational screening can save businesses considerable time and money. Thonhauser and the center are equipped and eager to collaborate with industry partners to help them solve their materials development problems and substantially accelerate the process.

Timo Thonhauser, PhD, associate professor in the department of physics and director of the Center for Functional Materials at Wake Forest University, specializes in:

Explore the technologies for license available through the Center for Technology Innovation & Commercialization of Wake Forest Innovations.
Technology for License

How We Develop Technologies

Learn how Wake Forest Innovations helps transform ideas into valuable technologies with the potential to improve health.
How We Develop Technologies