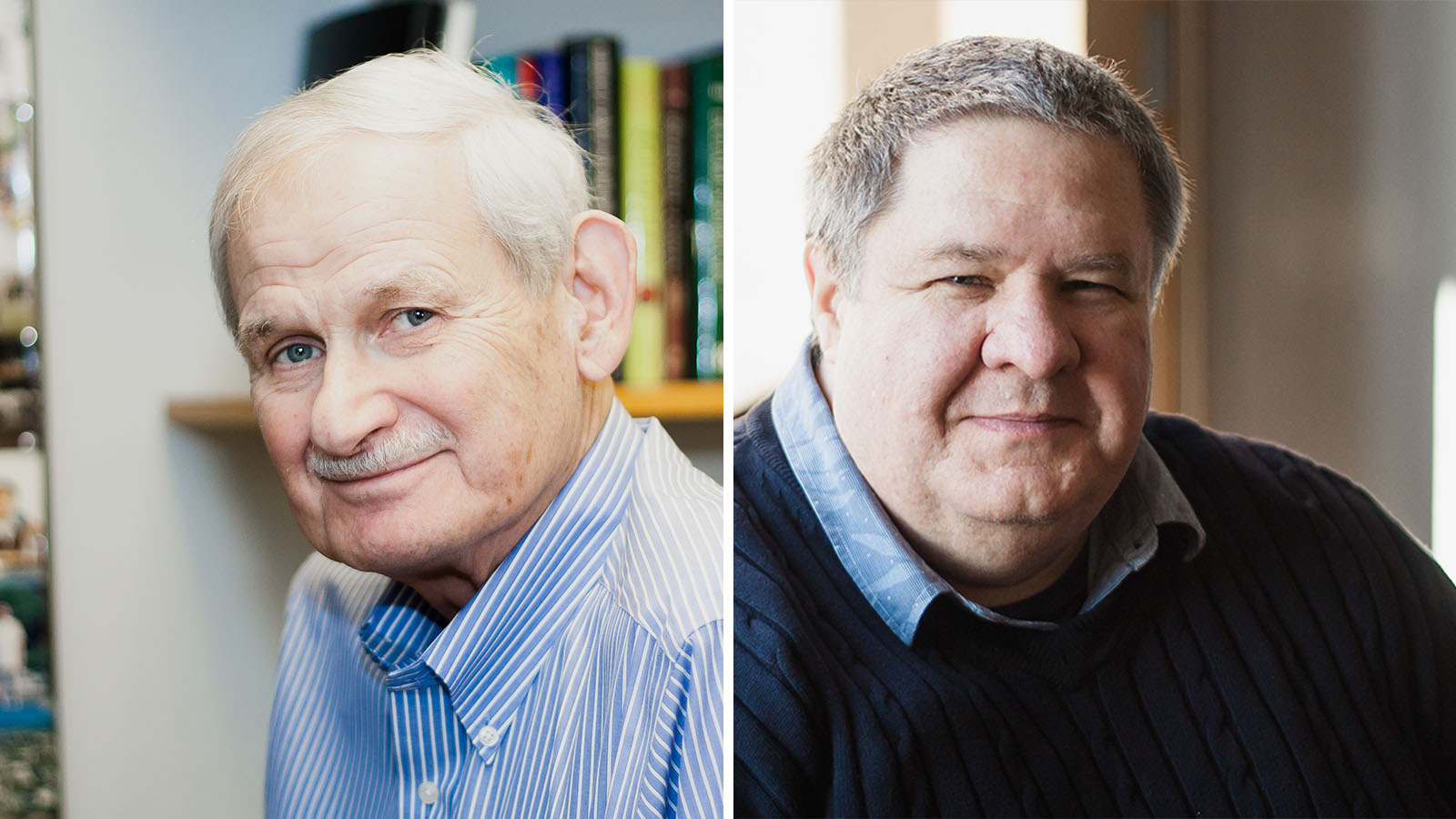 Samuel Deadwyler, PhD, earned his doctoral degree from the State University of New York at Stony Brook and then worked as a research professor in neurophysiology at the University of California at Irvine. In 1978, he moved to Wake Forest Baptist Medical Center, where he met Robert Hampson, PhD, who arrived three years later. Hampson, after completing a master’s degree in biology at Lehigh University, earned his doctorate and completed a fellowship in physiology and pharmacology at Wake Forest School of Medicine before joining the department in 1989.

Deadwyler and Hampson study the neurophysiological basis of behavior, memory and cognition through the examination of the hippocampus and prefrontal cortex. Using animal models, they develop neural prosthetics in order to restore the cognitive function lost in humans due to brain disease, damage and disorders.

In their research, Deadwyler and Hampson developed a multi-neuron recording device that can record 60 neurons simultaneously by placing electrodes in the hippocampus. They collaborated with other scientists to create a multi-input, multi-output nonlinear analysis model that analyzed the data recorded by these devices. They developed rodent and nonhuman primate models to perform memory tasks. Using the neural prosthetic devices they developed, they provided model-based stimulation which improved memory performance. Their long-term goal is to develop therapies that target human disease.

Deadwyler and Hampson also use these neural and behavioral models in the context of sleep deprivation studies and whole-brain irradiation therapy (as a consequence of cancer treatment). They also conduct research into neural and cognitive effects of epilepsy, drugs of abuse and cognitive-enhancing drugs with therapeutic implications for similar human disorders.

From the beginning of their collaboration, the pair has been on the cutting-edge of neuroscience research. The technology they required for their research did not exist, so Deadwyler and Hampson developed for themselves the techniques, devices and analyses for multi-neuron recordings. Their collaborations together and with other researchers continue to push the boundaries of behavioral neuroscience. They embrace the challenges of expanding their field by building knowledge bases one discovery at a time.

Some of these groundbreaking discoveries stem from collaborations with industry partners. Deadwyler and Hampson work with pharmaceutical companies to conduct therapeutic testing in the nonhuman primate model they developed. Their relationships with industry partners introduce the neuroscientists to a wide array of scientists investigating other avenues of research. These relationships inspire and sharpen their own research, challenging them to broaden their field and propelling them forward.

Samuel Deadwyler, PhD, and Robert Hampson, PhD, professors of physiology and pharmacology at Wake Forest School of Medicine, specialize in:

Get expedited access to the preclinical and clinical research services at Wake Forest Baptist through the Center for Industry Research Collaboration.
Research Services