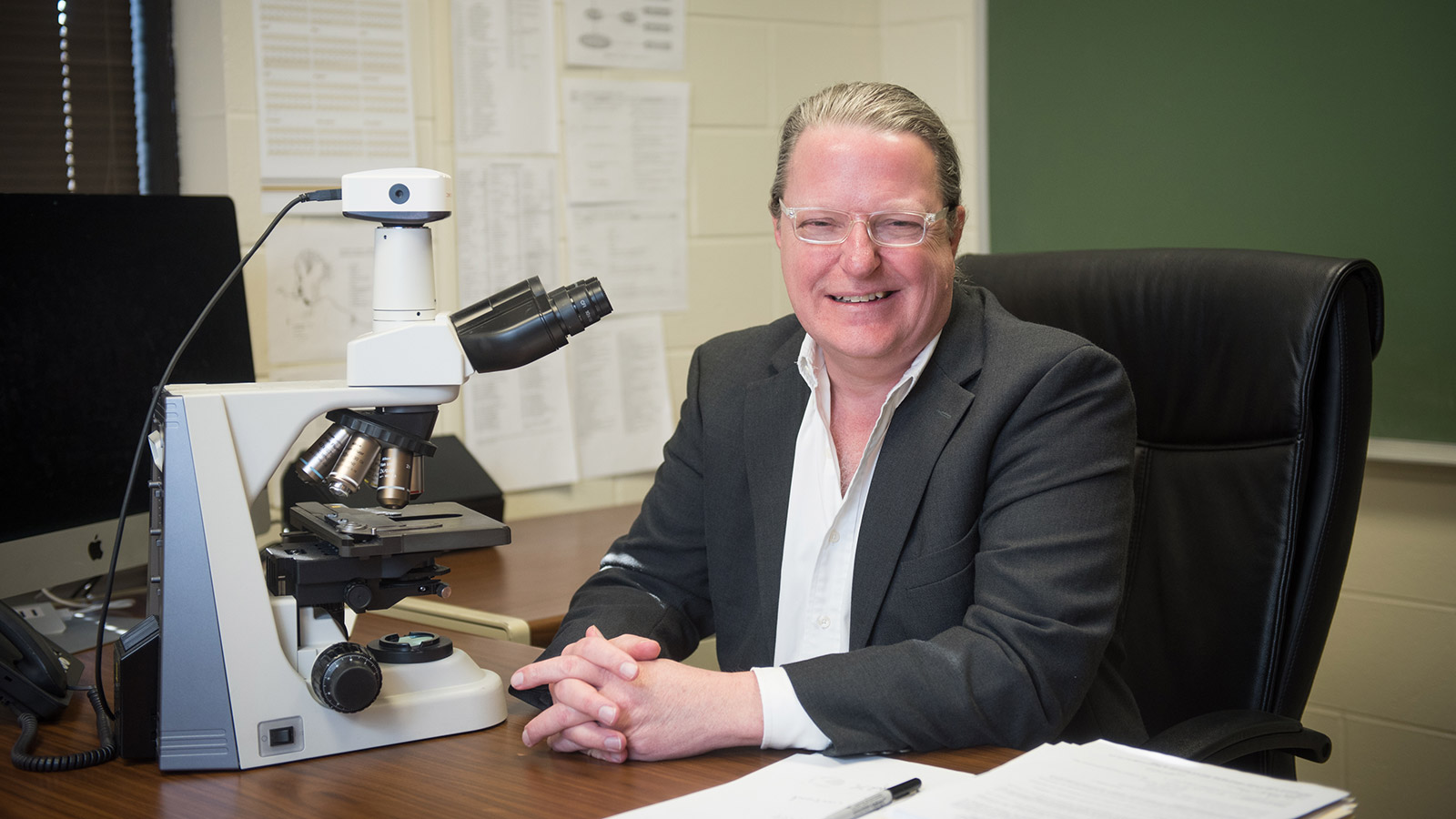 Cline earned his doctor of veterinary medicine degree from North Carolina State University. A board-certified veterinary pathologist, he completed a residency in anatomic pathology at Cornell University and his doctorate at North Carolina State University, where he focused his research on detection of hypoxia in canine tumors as a predictor of radiation response. In 1992, Cline joined the department of comparative medicine at Wake Forest School of Medicine to study hormone-related cancer risk in nonhuman primates.

For more than 25 years, Cline has focused on evaluating cancer risk biomarkers in nonhuman primates, with a specific interest in breast, uterine, cervical and prostate cancers. While his early preclinical research examined the effects of postmenopausal hormonal therapies on cancer risk and cardiac function, more recent efforts center on the therapeutic mitigation of radiation injury in nonhuman primates.

In collaboration with Duke University and with funding from the National Institutes of Health and the Department of Defense, Cline manages the Radiation Survivor Core. He examines the delayed effects of radiation exposure on various diseases, including cancer, diabetes, immune function, cognitive decline and heart disease, with the goal of identifying biomarkers of disease progression and effective therapeutic interventions.

Together with industry partners, Cline recently developed the Primate Cancer Initiative, a novel research cohort of nonhuman primates diagnosed with spontaneous breast, colorectal and cervical cancers. Through this program, the only one of its kind, nonhuman primate cancer patients that would otherwise be euthanized are adopted from partnering institutions for studies involving tumor targeting and efficacy of new immunotherapies. In addition to this novel research platform, Cline also has extensive experience examining the effects of various therapeutic and hormonal agents in preclinical models of cancer and women’s health, offering expertise in pathology, study design and interpretation.

Mark Cline, DVM, PhD, DACVP, professor of pathology and comparative medicine in the department of pathology at Wake Forest School of Medicine, specializes in: