Derek Williams, DO, is a pediatric cardiologist who also conducts research in patient care approaches and pediatric cardiac medications. He is also board-certified in adult congenital heart disease. He would like to collaborate with industry partners who recognize the value in developing methods and treatments specific to the pediatric space. 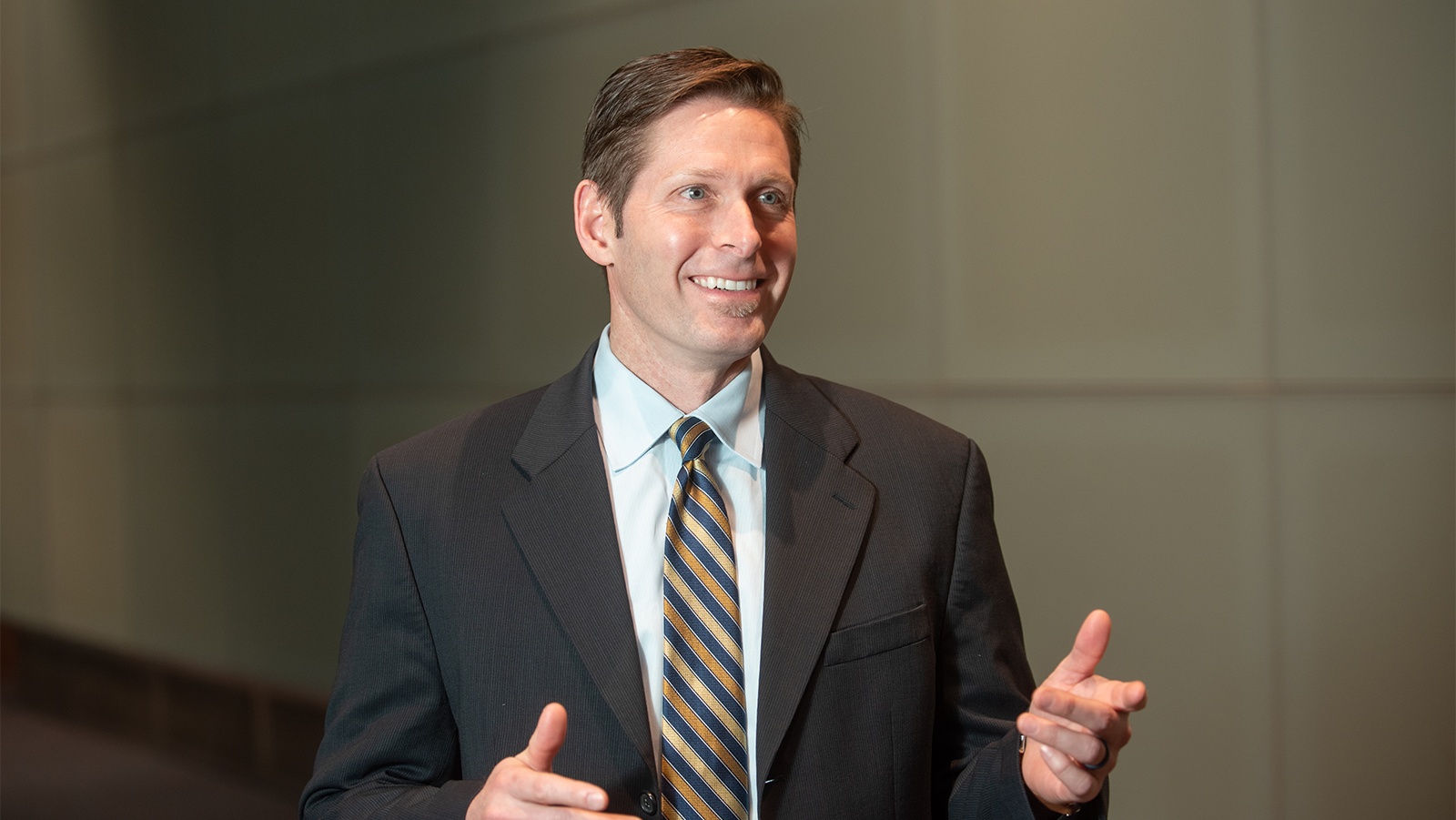 Derek Williams, DO, earned his DO degree in 1999 at the Kirksville College of Osteopathic Medicine in Kirksville, Missouri. He served an internship and residency in pediatrics at Albany Medical Center in New York from 1999-2002. His specialization in pediatric cardiology began with his fellowship at Tulane University Medical Center from 2002-2005, followed by an interventional fellowship in the department of pediatric cardiology at Vanderbilt Children’s Hospital from 2005-2006. He joined Wake Forest Baptist Health as an assistant professor of pediatrics in 2006 and was promoted to associate professor in 2011.

Williams is a busy clinician who treats both children and adults. His research interests stem directly from his clinical work, as he seeks ways to enhance clinical care and patients’ quality of life and longevity. One of his current research projects is called Transitions of Care, which involves a protocol to standardize the process of transitioning from pediatric to adult medical care. He is also involved with a multinational clinical trial of a new anticoagulant medication, with the intent of reducing side effects, easing testing requirements and improving therapeutic outcomes in patients on long-term anticoagulant therapy. He also conducts many small, case-based studies in the congenital heart disease arena.

Williams is passionate about pediatrics and hopes to establish partnerships with companies who share that passion. There is a tremendous need in the clinical world and the marketplace for medications and devices specifically designed for younger and still-growing patients.

As an innovator who is well-connected to the worldwide pediatric cardiology community, Williams believes that the pediatric congenital heart disease and pediatric pulmonary hypertension spaces in particular offer great opportunity for creative partnerships with companies who share his excitement about his patients and their day-to-day care.

Derek Williams, DO, associate professor of pediatrics and chief of pediatric cardiology at Wake Forest Baptist Health and medical director of the Pulmonary Hypertension Clinic, and the Cardiac Catheterization Laboratory and Interventional Cardiology Group at Brenner Children’s Hospital, specializes in:

Our experts can help take your cardiovascular research from bench to bedside, from cross-departmental preclinical research on therapeutics, medical devices and tissue-engineering to clinical trials developing diagnostic techniques, preventative measures and interventions.
Cardiovascular

If you want to conduct clinical research with industry partners, Wake Forest innovations can connect you with the resources you need for a successful study.
Clinical Studies